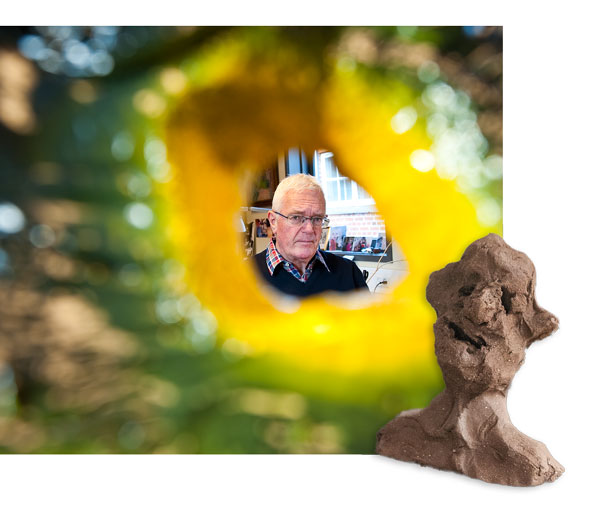 Life is a spiritual game.

Without sense – its futile.
Steve Jobs, suggested late in life art to be the answer! (or money).

The world shall change in the next 20 years, faster than former 200 years, including art.

You shall be surprised!

Before you read on it may help you to at least look at, and even read a little about these artists who are referenced below. Thank you.

The aim of this critique is to get you to see the importance of Claes’ work. It is not about getting you to see the importance of my opinion, the reviewer. It is about getting you, the reader to understand how important your opinion is even if it that opinion doesn’t understand Art. This piece is also to point out that this work is also important even though it is not officially recognised as Art by the established Art Critics.

To do this it would help to understand how this work fits into Art but to do this would take some explaining and the best things in life should not need to be explained.  That’s exactly the point of the incidental and accidental pieces of Claes’ work. Whether it is the entrancing shapes and patterns made my soaked fabric (Industrial Science) or the colours and textures shown in Rust Kiss, all Claes is doing is getting the viewer to look and see the Art that you may encounter every day.  Yes, it’s not in a gallery. Yes, that means anyone can call anything they find and call it Art.

Can anyone sell what they find at an inflated price then? No. That question has been going on for over 100 years (look up Marcel Duchamp but only if you want to). Will anyone buy it? That depends on if you are recognised and acknowledged as worthwhile by the established Art world, the clique, the establishment, whatever you want to call it. The establishment thankfully does recognise though that it should not be a clique, an exclusive club, but unfortunately it still gets to decide who is in and who is out. That’s what stops some from being ‘recognised’ and some who aren’t. Work such as Claes’ may be outside the ‘recognised’ Art world but that is just because of society – and we are all society. This change in recognition can just as easily come from a ‘bottom up’ direction as from a ‘top down’ direction.

It makes no difference at all if you like some of Claes’ work and not others. There is a very wide range of creations. The comments on the site point more towards appreciating the incidental and accidental, the pieces of Art that are not man made Art. That puts Claes into the same bracket as Dada and the Situationists International. Dropping two names like that into a review by someone who is not a professional critic is obviously to try to prove I have studied art and that I hope my point of view is at least a little informed but why do my credentials as a reviewer even matter? Why is it that the reader has to have their sources justified in order to base their own opinions on someone else’s? Because only a fool doesn’t do that. Hopefully we are moving towards a world where the first important thing everybody reads in a news article is who said it and when.  I have no problem with someone dismissing this critique of Claes’ work but I sincerely hope that viewers of Claes’ work do not dismiss it just because it isn’t officially recognised by critics far more qualified than myself.

Some people may like Claes’ work when it is the naïve figurative work. The people aren’t meant to look like real people. Works like Beast and Beast 2 are more about the feel of the work, the atmosphere created by the colours, the textures, the close-cropping of the features to capture some primitive energy of the subject. Others such as Putin use these primitive approaches to reduce subjects to basic human emotions, including humour and ridicule pointed to in the piece by the painting’s inane grin being posted next Putin’s more usual, very serious looking pose in the photo. Others such as Lady appear to use this primitive approach to show something more spiritual or ethereal.

If you are not into expressive work, Claes also shows  intellectual avant-garde approach with the cryptic one liners and ambiguous photographs intermingled with kitsch references to show the awareness of not taking itself too seriously but paradoxically wanting to be taken seriously. It’s all very self-aware stuff but it doesn’t want to be and is again only re-treading the footsteps of artist from over 100 years ago.

Others may prefer the very modernist sculptures similar to works by Caro, such as Spring and Assembly Line. Other works that have a definite industrial flavour mixed with organic forms are the sand blasted rock sculptures such as Stone #26 or #28. Being able to use a sand blaster to carve huge rocks doesn’t automatically give a work more metaphorical weight and again, that is not the point. Claes is just using the tools at his disposal. There are a lot of different approaches to the work by Claes all seemingly to point to the same theme of true Art being the preserve of nature, the subconscious or anything that doesn’t involve an Art school education.

The works shown on Claesimse has a lot to say from one person. Some may say too much. Just as one piece of work from an artist can confuse the average lay person, having this dizzying array of styles and approaches can easily be seen as an overload; too many voices and maybe lacking clarity.   When the Art world in the past has been moved by the ‘Sunday paintings’ of Rousseau or the innocent works of Alfred Wallis, the establishment was able to point to the simplicity of their style. With Claesisme we are confronted with a very wide range of industrial, conceptual and traditional artistic techniques and processes.  But maybe the wide range of approaches is part of the message.

Whatever the criticism of the works shown on Claesisme, I have to hope that there will be acknowledgement by those who dismiss it, that this is done because of the readers’ or viewers’ expectations or needs, not because of the work itself. For my own belief that there is no such thing as a bad student only a bad teacher, if the work does not make the viewer appreciate that the most ‘beautiful’ or most ‘honest’ or ‘truest’ Art  is that made by nature or ‘technologically primitive’ people such as the Inuit or tribal African, it is only because the Art work hasn’t found the right voice to speak to the viewer or reader. This includes that many viewers or readers don’t want to, or don’t have the time to, have things explained to them. Maybe they already know it and don’t need it to be pointed out to them. A good teacher though can make the student want to listen and learn more. Engagement has to come before education. That is mainly the responsibility of the teacher or artist in this case but not entirely.

We all need reminding of the important things from time to time as life repeatedly shows us and, if another universal truth is that people should only give an opinion when it is asked for, then surely by clicking on a website you are asking a question, inviting an opinion and therefore should not be ignoring a possible answer. Just as people must not enter into a conversation without being prepared to really listen, people must not just visually click past this work if they are not prepared to really look at the work or better still, then go and see it in a gallery.

If the work on Claesisme helps you find the answer, please keep visiting, keep reading. If it hasn’t, do you need more time? Do you have more time? Have you really listened? (The true meaning of any work of Art comes from the interaction between the Artwork (seen first-hand not just on a website) and the viewer – which has been known about since at least the Abstract Expressionists such as Rothko in the 1940’s). If the answers to all these are yes, I hope you keep looking at other artists and thank you for reading this far.

As for Claes’ work, it’s self-referential and multifaceted approach makes it hard to dissect without killing it. Once you explain a joke it’s not funny just as once you dissect a horse it’s not a living, breathing beautiful animal any more. The best things can easily be over thought. But they should at least be thought about and not dismissed.  If after reading this critique you are still not sure what to make of the work on Claesisme, I would hope you would look again and take time to consider what the work means to you. No matter how small or large a meaning, that is what is important. 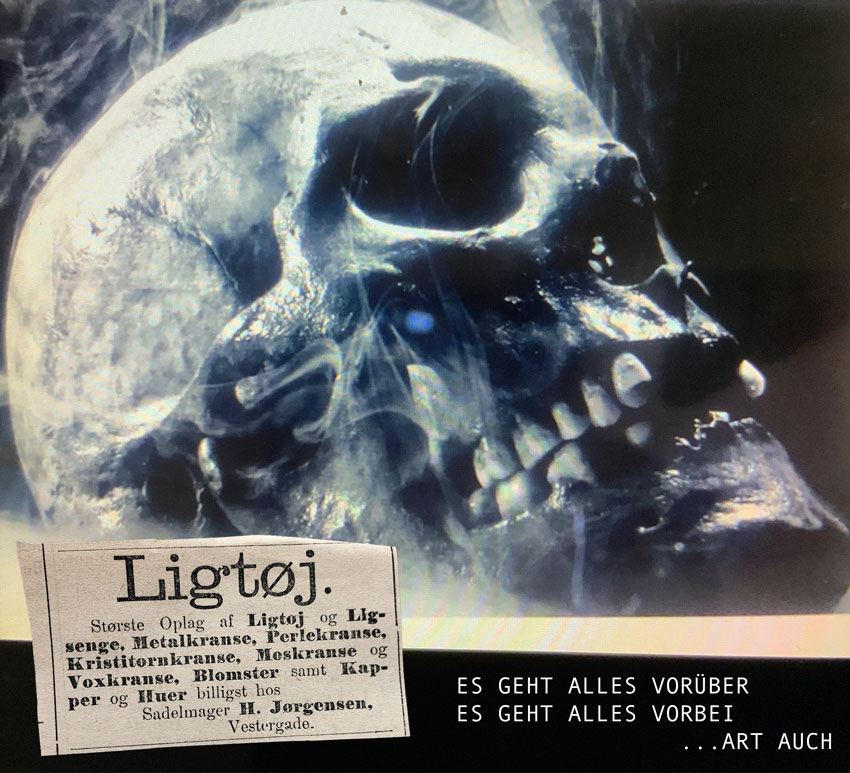 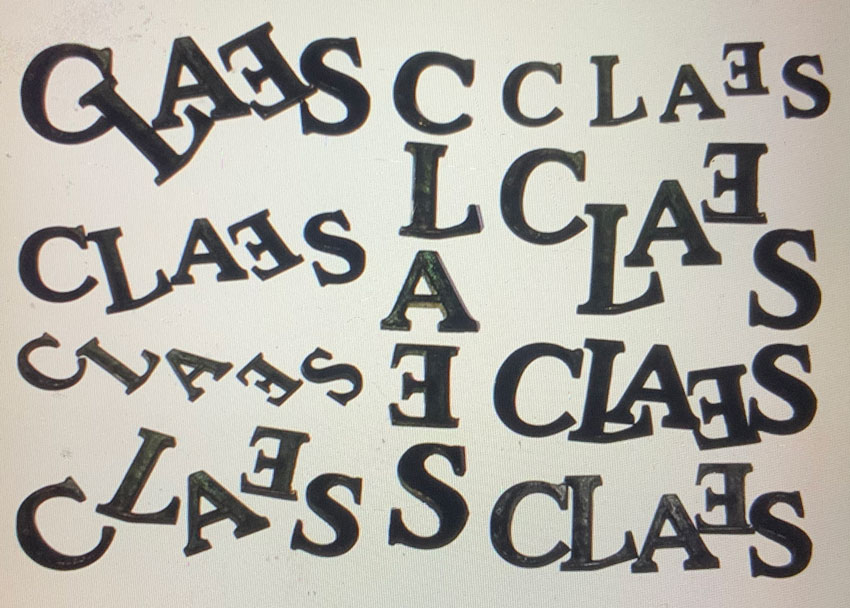 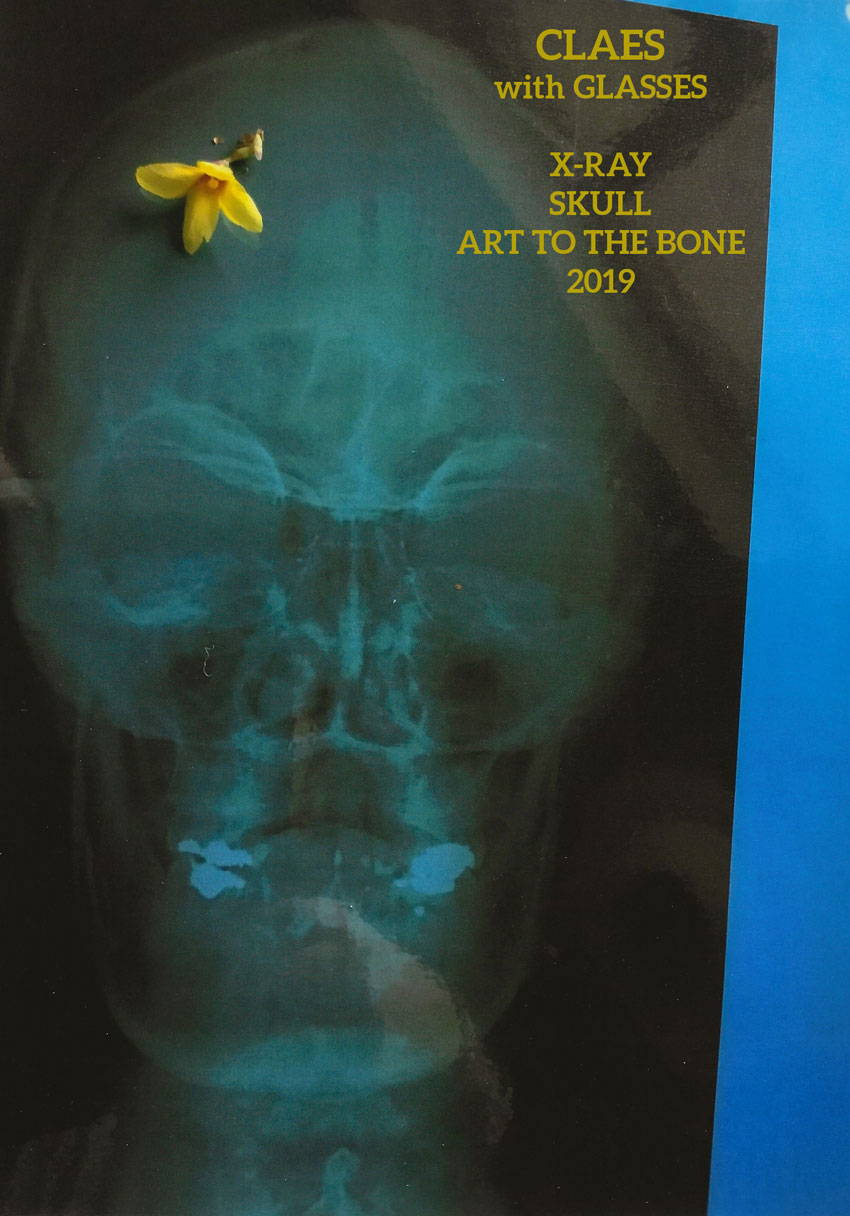 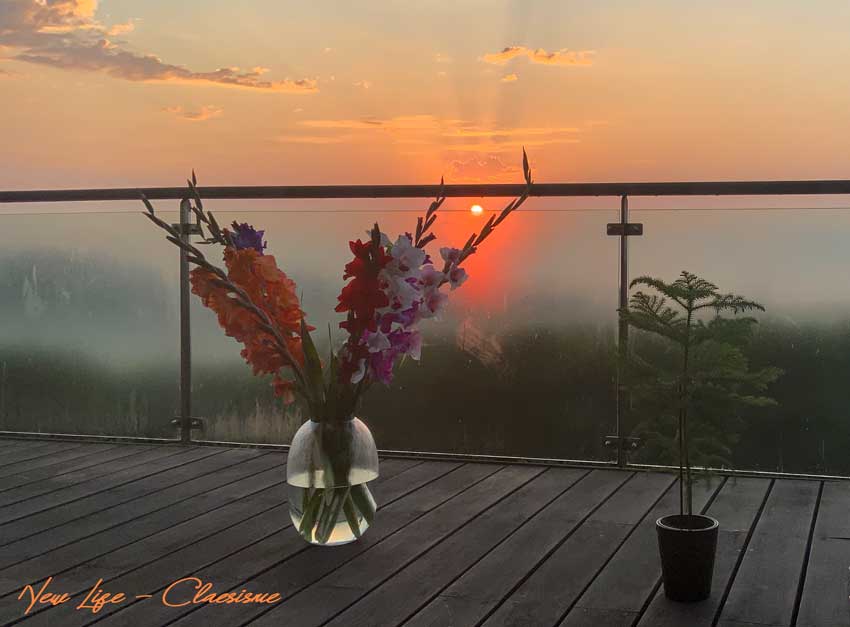 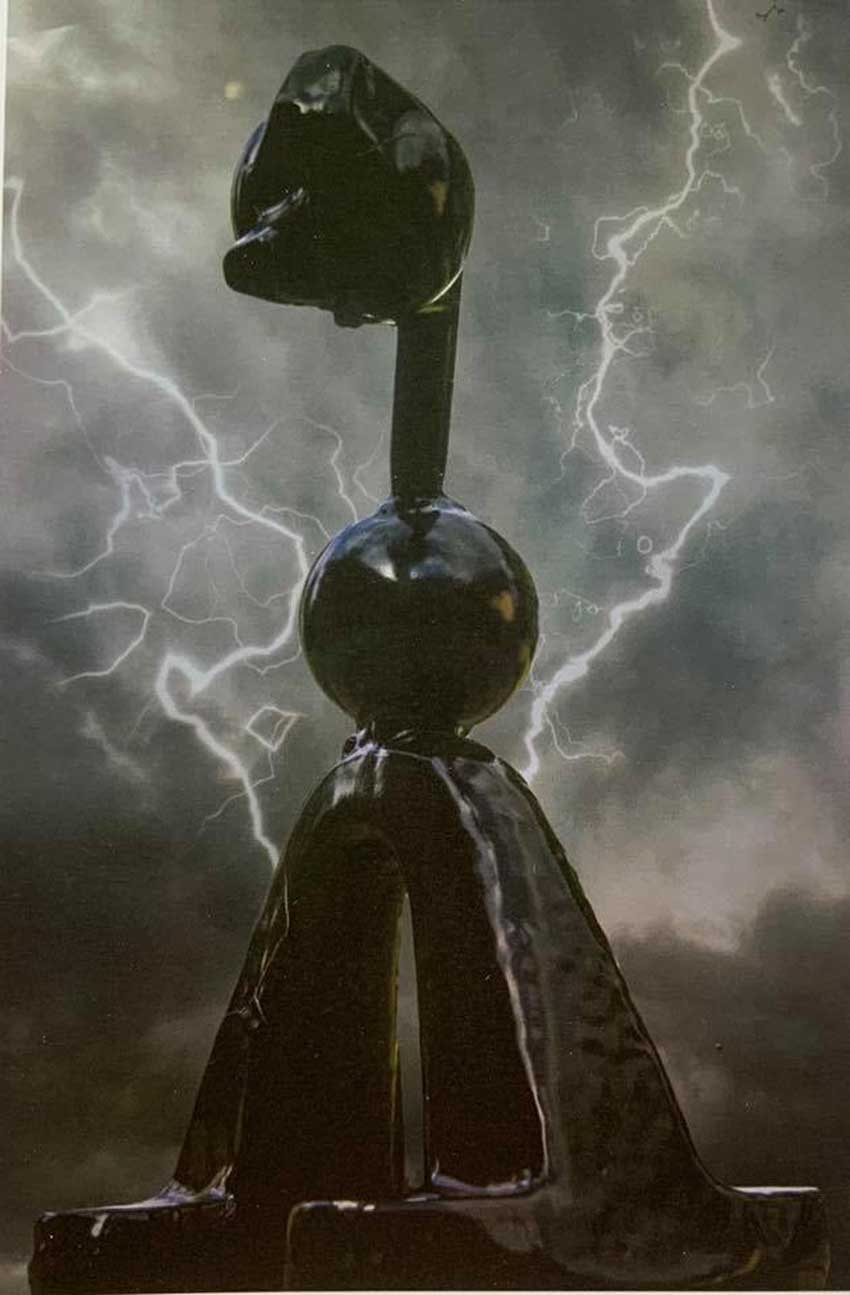 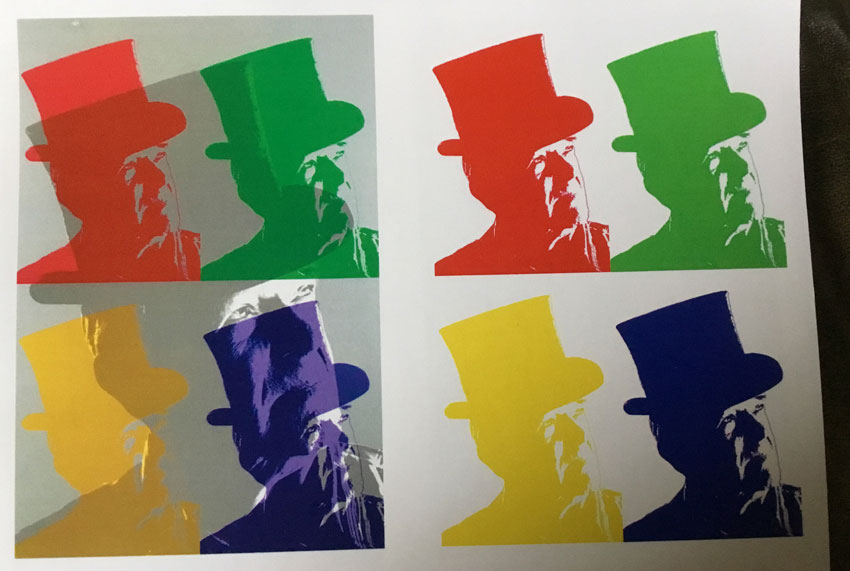 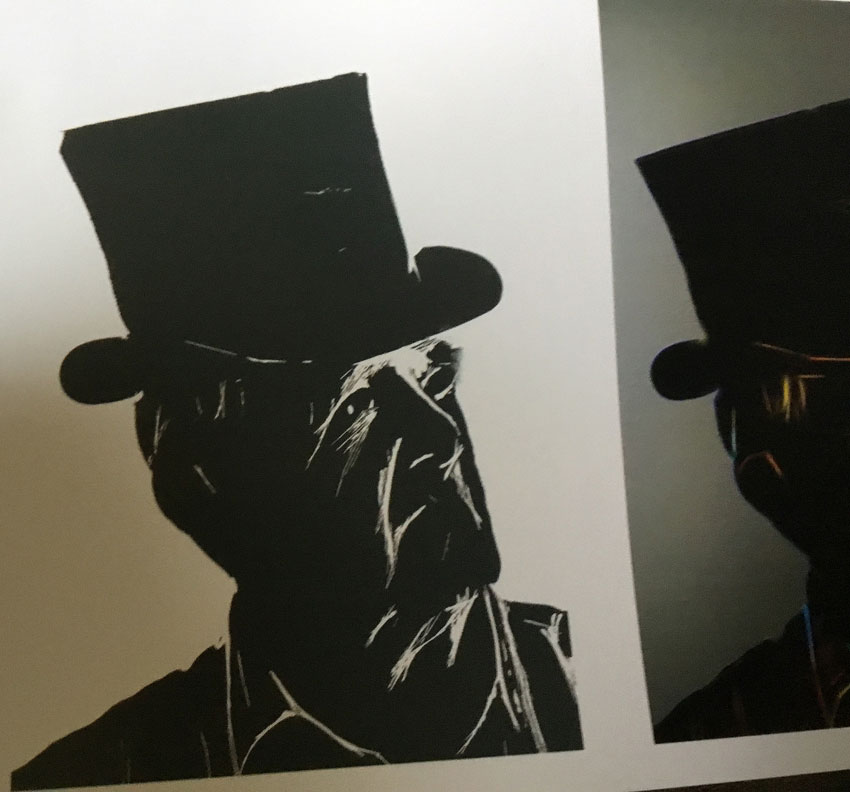